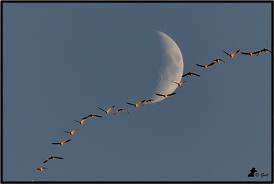 From the Sunday Mail:  STEVIE Aitken praised his battle-weary Stranraer side for storming back to take a valuable point.

The Blues, who had fought hard to get a 2-2 draw with Premiership Inverness Caley Thistle in the Scottish Cup the previous week, trailed to a goal by former Stranraer man Paul McManus until Grant Gallagher grabbed an equaliser.

Aitken, who watched his side score for the 28th consecutive game, said: “You’d probably have to look at it as two points dropped because it’s a home game.

“But we definitely showed the effects of last week. We are part-time and the Cup game took a lot out of us. The players looked leggy but had a right go at Arbroath in the second half.”

The Blues now face a hectic period with four midweek games pencilled in before the middle of March, including that Cup replay at Inverness on Tuesday.

This may have been on the minds of the Stranraer players because they did not start well.

Arbroath should have been ahead inside the first 10 minutes.Player-manager Paul Sheerin slid the ball through the home defence, allowing Leighton McIntosh to nip in and round David Mitchell but he somehow fired wide with the goal gaping.

McIntosh redeemed himself moments later, though, when he turned provider for McManus, to score from six yards.

Arbroath keeper Sandy Wood was pretty much a spectator in the first half and watched his team-mates almost score again before the break. Sheerin set up McManus with another good pass but his effort was blocked.

Stranraer picked up after the restart and were unlucky when an Andy Stirling cross deceived Wood but hit a post.

McIntosh shot against a post at the other end before Stranraer levelled 12 minutes from time.

Mark Docherty did well on the left and his cutback fell kindly for Gallagher to smash the ball home from 18 yards.

Sheerin, whose side now prop up the table, said: “Better teams have come here and got nothing so a point isn’t bad. In the last 25 minutes they threw everything at us and deserved a draw.”