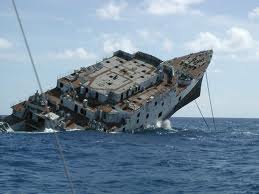 ARBROATH boss Paul Sheerin has ordered his players to stop shipping goals after Stranraer hit three in the first 45 minutes.

Two from Martin Grehan and one from Jamie Longworth had the home side well in control at the break.

It took the tally of goals Sheerin’s side have lost to 12 in the last four games.

The player-boss said: “We can’t keep conceding goals then expect to win matches. Stranraer were worthy of their win and they could have had more than three by half-time.”

Lee Erwin pulled one back on the hour before Alan Cook scored a last-minute penalty.

Paul Sheerin says his Arbroath side they must stop shipping goals after three conceded in the first half of their visit to Stair Park left his side with an insurmountable task.

Despite pulling two goals back in the second period and making Stranraer sweat for the final moments, it was too little, too late for the Red Lichties, who paid for being outplayed in the first half.

“It’s not really good enough, it’s a long journey down and you’ve got to make sure you’re mentally prepared,” said Sheerin after seeing his side slump to their fifth defeat of the campaign.

“But to be fair,  Stranraer came at us, they didn’t give us any space and they were well worthy of the win. It was 3-0 at half-time and to be honest, it could have been more.”

Arbroath found themselves under pressure from the start and Martin Grehan put the home side in front with a fine finish after a perfectly judged through-ball from the lively Andrew Stirling.

Stirling was involved again as Stranraer doubled the advantage just before the half-hour mark, his blistering shot being blocked by Scott Morrison only for Jamie Longworth to nod in the rebound.

Grehan made it three before the break with a tidy finish before some stern words from Sheerin sparked a second-half revival from the visitors.

Lee Erwin sparked hopes of a fightback as he slotted home after a scramble in the box. But Arbroath were unable to score again until Alan Cook’s last-ditch penalty after Scott Rumsby fouled Erwin just inside the box.

Sheerin added: “We showed decent character in the second half but I’m sick of saying it: you can’t keep conceding as many goals as we are doing and hope to win football matches. The players know themselves that it has to be better.”