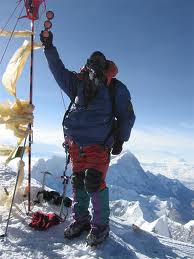 Gavin Swankie's hat-trick helped nine-man Arbroath claim a 4-3 win at Stranraer as they leaped above their promotion rivals at the top of the table.

Scott Agnew put the hosts ahead with a strike from the edge of the area but Arbroath soon hit back with Swankie and then Josh Falkingham netting from 12 yards to make sure the Red Lichties went in at half time a goal to the good.

He completed his hat-trick after 65 minutes with a low right footed shot from inside the area.

Ross Chisholm was sent off for a professional foul on on Steven Noble before Glen Mitchell got onto the end of an Angus Cochrane cross to make it 4-3 in the 90th minute.

blue 1870: Crazy game. Simple fact is we should have won the game easily but didn't thanks to a number of things. Shocking finishing. Bad defending and bad assistant refereeing decisions oh and eh Gavin Swankie.

we've played a hell of alot worse this season and won games. pretty cronic defending cost us dearly. Knoxie had the players in for 30minutes afterwards.

Arbroath played pretty poorly for long spells but were very dangerous on the break. Good to see young Angus Cochrane getting a run near the end. Almost scored a peach with his 25yarder a foot wide. he also setup glen for the 3rd goal.

bobsablue:  1st sending off was a shocker ,never in a million years should it have been a red card never mind a straight red .spoke to the player after the match as well as Paul Sheerin and all concerned were gob smacked. 2nd red Arbroth should fine the lad a weeks wages for sheer stupidity, kicking the ball away whilst on a yellow just put your team under pressure for the last 5mins.
Believe it or not David Mitchell did'nt really have a lot to do , was just one o them games .

We missed some chances , Arbroath scored 4 out o 5.
Both teams will be there or thereabouts at the end o the season.