Sheerin thanks fans for their loyalty 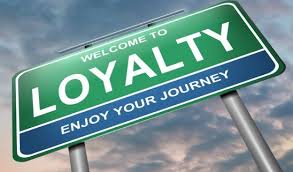 Yet another hard-to-take result as Arbroath had the better of the game against Brechin but lacked punch and composure up top, while conceding another soft goal.    There was a good attitude from the players but a clear lack of confidence.   We also badly need a break - nothing falls for us these days

ARBROATH boss Paul Sheerin saw his side slip to their 12th game without a win then thanked the fans for their loyalty.

Bobby Barr’s 39th-minute goal consigned the Gayfield side to another defeat as they battle with Airdrie at the bottom.

But despite the derby loss, many home fans stayed behind at the end to applaud their side.

Sheerin said: “Our players know the situation they are in and are giving their all to fix it. The fans seem to understand that too and I appreciate it.”

Both sides struggled early on and it was 35 minutes before there was a chance worthy of note. Scott Morrison fingertipped over a header from Brechin defender Ewan Moyes.

But within four minutes
the Arbroath No.1 was picking the ball out of the net as Barr blasted home from 10 yards.

Arbroath had the better of the second half but failed to find a way past the City backline.