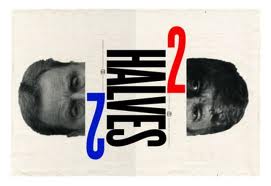 Truly a game of two halves at sunny Shielfield with a blustery wind  Arbroath were not at the races first half and sliced open, especially down the right, time and gain.  We even gifted them an early goal with a truly awful clearance by our keeper.

but as their chances came and went, and Crawford atoned. We came out second half and started getting hold oft the ball and close to our opponents.  Two great strikes early second half tranformed the mood and the confidence.  Even with two defenders off, we reorganised.

The old shortcomings in defence were glaring and need to be sorted.   but we're much better on the front foot, and when we pass it a bit.  really that result was a bit fortunate since Berwick should have been out of sight.  but we'll take it

Berwick were made to rue a hatful of missed opportunities as they slipped to an opening day defeat against Arbroath despite leading at half time.

Paul Willis netted on six minutes after a poor clearance from Arbroath keeper David Crawford and Berwick could’ve been further ahead before half time but Scott Dalziel’s header was ruled out for a foul.

Arbroath fought back in the second half and were level through substitute Kevin Buchan on 52 minutes and the visitors took the lead on the hour mark when Paul McManus nodded home.

Suspensions ruled out midfielders Lee Currie and Paul Currie and with Colin Cameron naming himself among the substitutes, it gave David Gold the chance to impress alongside Steven Notman in central midfield with Willis, Darren Lavery and Scott Maxwell occupying more advanced positions.

With a lot of early pressure, Berwick were gifted their opening goal of the league campaign six minutes in when keeper Crawford was rushed into a scuffed clearance from a pass back and Willis picked the ball up 12 yards out and finished into the far corner. 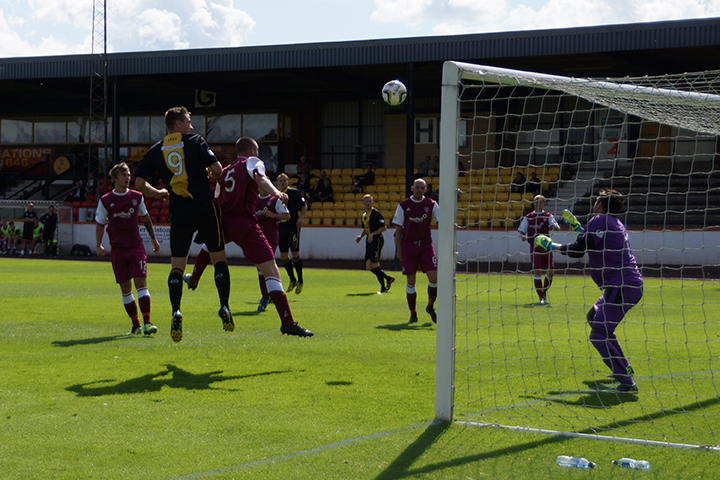 A couple of half chances followed with a Maxwell snapshot and a Dean Hoskins header comfortably saved by Crawford before Berwick were forced into a change on 20 minutes as Lavery hobbled off and was replaced by Andy Russell.

Another failed clearance from the Arbroath defence fell to Scott Dalziel on the edge of the box and he dropped the shoulder and saw his shot rattle off the crossbar and two minutes later the striker had a headed goal disallowed for the slightest of pushes.

With the visitors barely registering a shot on goal in the first half, Berwick were made to rue their missed opportunities as the Lichties emerged far hungrier in the second period but the Gers could’ve still increased their advantage on 48 minutes when a Maxwell corner was headed off the line by Dalziel.

Four minutes later, the visitors did have their goal when Billy Bald did well initially to turn a long range effort from Adam Hunter away for a corner. But from the resulting kick, the ball came to Bobby Linn whose shot again produced a fine save from the Berwick stopper but it only went as far as Buchan who turned the ball in.

Berwick should’ve regained the lead straight from the restart when a driving run from Gold found Dalziel and his shot was saved by Crawford while Willis found himself through one-on-one with the keeper after a great through ball from Russell but his weak effort was saved.

Arbroath were ahead in the 60th minute when a 30-yard free-kick from Scott McBride cannoned down off the underside of the bar and McManus was first to react as he stole in front of the Gers defence to nod in from six yards out.

With half an hour still to play, Berwick upped the tempo and tried to become more direct in their play but were unable to create clear chances with options limited off the bench in the final third after Lavery’s early departure. Russell did fire over from distance but the visiting defence held firm and resigned the Gers to a disappointing opening day defeat.

Speaking after the game, Cameron said: “The game should’ve been finished at half time. We had numerous opportunities, a goal disallowed which I thought was a soft one but I said to them at half time to expect Arbroath to come out stronger which they did and we just didn’t deal with the long ball.

“We never rolled our sleeves up and that was really disappointing. You can play all the pretty football you want but you’ve got to work hard and for the goals we just didn’t react. We have to expect (Billy) Bald to parry it out but they just wanted it more and that shouldn’t be the case at home.

“We’ve got to learn from that second half today and make sure it doesn’t happen again because the boys in there had an opportunity to stake their claim for a starting place. I wanted to have a difficult decision to make next week with the two Currie’s and myself out but I don’t think I’ve got that.”