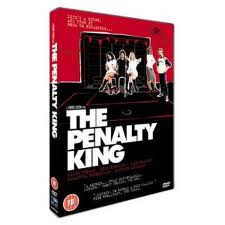 Goalkeeper Darren Hill produced three saves in the penalty shoot-out as Arbroath overcame Stirling in the first round of the Scottish Communities League Cup.  He'd already made a great save in extra time.

Previously no-one can recall a single penalty save he'd made, however good a shotstopper he has been

Draw for the second round is Wednesday 8th when big guns enter. Arbroath are, unsurprisingly, unseeded

Arbroath came close to taking the lead in the 22nd minute when striker Darren Gribben's superb volley hit a post.

It was Stirling who took the lead three minutes before the break from the penalty spot after Scott Robertson brought down Kieran McAnespie, with Mark Ferry making no mistake.

In extra time, only the feet of Hill ensured the game remained level as he kept out a powerful drive from Stirling striker Gary Brass.

Hill then maintained his fine form in the shoot-out, with Steven Doris, Derek Holmes and Currie successful for Arbroath, who prevailed 3-2