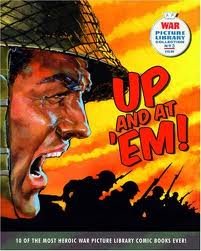 Arbroath cemented their place at the top of the table with a 2-1 win over Annan in an ill-tempered game which saw three players sent off.

All the action happened in a frenetic second half, with the visitors grabbing two quick-fire goals within eight minutes of the restart through David McGowan and Craig Wedderburn.

McGowan's opener was the best moment of the game as the midfielder unleashed an unstoppable effort from 25 yards after 49 minutes, and Wedderburn doubled the visitors' advantage four minutes later.

The red mist then descended as Stuart Malcolm's sending off started a spell of three red cards in 18 minutes.

John MacBeth was given his marching orders for the hosts after picking up a second booking, and Wedderburn soon followed him down the tunnel for violent conduct.

With 10 minutes to play, Daniel Griffin put through his own net to set up a tense finish but it was too little too late for the hosts.

Hugo Biano:  Gutted, Annan should of had it wrapped up at H/T. Missed 3 one on ones in the first half while O'conner had a good chance too. Arbroath scored 2 good goals at the start of the second half and it was game over. Both Arbroath sending offs were shocking tackles and none of your players were complaining about it. The Annan sending was for 2 yellows with the second one being for a shirt pull off the ball.  you've got to take your chances to win games.

Atletic 1: Annan should've had the game wrapped up in the first half but weren't sharp enough when through on goal. I had a feeling at half time that the same team might not come back out for the second half. Well done to Arbroath keeper for holding them in it, man of the match for me

Simon Lichtie:  A very long journey, but very much worth it in the end  Would agree Wedderburn's challenge was definitely a straight red, seemed an awful lunge, but didn't think Malcolm's was that bad. I, however, was behind the far goal (the way we were shooting) so did not have the best of views and have been told by others in the stand that it may have been worse than I thought.

Overall, Darren Hill was almost definitely man of the match, made a good half a dozen saves in total tonight, 3 of them being 1 on 1s. McAnespie, although probably one of our best technically gifted players, can leave an absolutely criminal amount of space for the opposition too work with, and this happened on a good half a dozen times again tonight. Really scares me at times!

Was extremely good to have Chis back tonight, and thought he and Falky both had good games in the middle of the park. As did Div McGowan coming in for Doris, what a screamer for the 1st goal