Losing the battle, and the war? 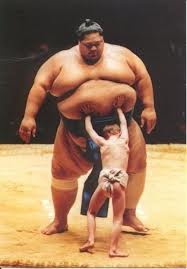 From The Courier:  Dunfermline plunged Arbroath into deeper trouble at the foot of League One as they closed in on a play-off spot at the top of the table.

Manager Jim Jefferies was satisfied with back-to-back 3-0 wins within the space of a few days and his young side never looked in danger of dropping points.

“They sat very deep and tried to frustrate us and catch us on the break,” he said. “But as soon as we got the second goal, it opened up and turned into a better game.”

It was not a good night for Arbroath with second-bottom Airdrie picking up a point.

“That was another sore one,” admitted manager Paul Sheerin.

“Games are beginning to run out and we need big hearts now because we’re four points behind Airdrie with just 10 games left.”

Dunfermline dominated throughout with Arbroath content to pack men behind the ball and restrict the home side’s chances in front of goal.

Husband was at the heart of everything for the home side and pulled the strings in midfield.

It took time for Dunfermline to fashion an opportunity — 20 minutes had elapsed when on-loan Lawrence Shankland set up Josh Falkingham, and his 15-yard shot was clutched at the second attempt by Sandy Wood.

Three minutes later Husband tried his luck from distance and his shot was not far away.The breakthrough came in the 28th minute, and it was no surprise Husband was the player to score the goal.

Ross Millen’s corner was not cleared with any conviction and Husband needed no second invitation, sending a stunning right-foot volley into the top corner of the net to leave Wood with no chance.

Shankland almost scored a second nine minutes from the break when he was picked out by Milne and his glancing header was just a foot too high.

But for all Dunfermline’s dominance in possession, they switched off in the final couple of minutes of the first half and Arbroath almost took advantage.

In first-half injury-time, lone striker Leighton McIntosh managed to get in behind the Pars’ defence, but Ryan Scully was alert to the danger and managed to get out quickly to smother the ball at the striker’s feet.

Wood misjudged a Ross Forbes’ cross at the start of the second half, but managed to survive the loss of another goal.

Arbroath sent on David Banjo and Lari Yao in a bid to try and turn the tide, but it was Dunfermline’s change — when they sent on Ryan Williamson for Millen in the 58th minute — that had more immediate impact. Within two minutes of coming on he had cut the ball back invitingly for Forbes who did not have to break stride, as he sent a left-foot shot high into the net beyond Wood.

There was a brief glimmer of hope for Arbroath shortly afterwards when McIntosh saw his angled right-foot shot just clear Scully’s crossbar.

Dunfermline put the game to bed in 72 minutes. This time Forbes turned provider as his cross from the left was squeezed into the net by Falkingham at full stretch.

Kenny Deuchar came on for McIntosh in the closing stages for Arbroath, but by then the points were long gone.