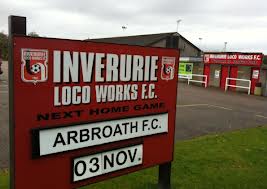 Well, we didn't see that coming.  We cruised through much of this game, displaying our class - added to our early tally and missed numerous chances.

But we know the Lichties can be, well unpredictable.  Somehow Locos, who hadn't created anything for most of the second half got a goal back, then two late ones.   Our effort and attitude wasn't really at fault.   But we did miss too many chances upfront and some kamikazi defending let them in - quite undeserved despite what the gaffer said.

From the Sunday Mail:  Inverurie 3 Arbroath 3: Locos snatch replay after coming back from three-goal deficit

LOCOS gaffer Scott Buchan admits even he thought his side were dead and buried before they launched their latest amazing comeback.

Inverurie were 3-0 down and heading for the Scottish Cup exit door with just half an hour to play but somehow scraped a draw and another crack at Arbroath.

The Highland League outfit reached this stage by roaring back from 3-1 down to beat Huntly 4-3 in the last round but Buchan was honest enough to admit he didn’t expect a repeat yesterday.

He said: “It was fantastic. My co-boss Kenny Coull and I didn’t think it would be possible to come back once we went three goals behind in the second half.”

The visitors took the lead after four minutes when Neil McLean hauled down Steven Doris in the box and the hitman beat Andy Reid from the spot. 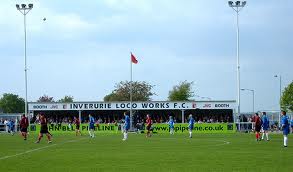 Paul Currie tapped in the second in 23 minutes and Darren Gribben made it 3-0 in 57 minutes from a corner.

Arbroath boss Paul Sheerin said: “We shouldn’t be losing from 3-0 up and Locos thoroughly deserved their draw.”