Knocked off our perch 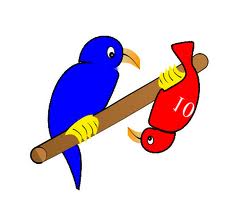 from the Sunday Mail:  ARBROATH’S unbeaten run came to an end at the hands of East Fife at Gayfield following a lacklustre performance from the home side.

An even first-half performance was eclipsed by a stronger showing from both sides in the final 45 minutes. But it was East Fife who pulled ahead and made the most of the chances they created.

Allan Moore made no changes to his Arbroath side that defeated Montrose 3-1 last time out. Meanwhile, East Fife player/manager Gary Naysmith made three changes including himself, Jonathan Paige and Nathan Austin replacing Ewan Moyes, Jon McShane and David Maskrey from the XI that won 3-1 over East Stirlingshire a fortnight ago.

Arbroath were just not good enough on the day, according to the gaffer, he said: “We can’t feel sorry for ourselves. I thought it was eachy peachy in the first half but I’m disappointed in how we reacted to losing the goal.

“Sometimes it goes for you and sometimes it doesn’t and they’ve capitalised on a couple of our mistakes and they were deserved winners in the end.

Arbroath showed little of what had propelled them three points clear at the top of the table in the first half. A chance in the second minute when a Scott McBride free-kick was within a whisker of going in when it was palmed to safety by Allan Fleming.

The visitors did not fare much better and a struggle to settle into a rhythm throughout the first 45 minutes saw them with only one chance – an optimistic 25-yard strike by Scott Smith that cleared the bar.

The Lichties were in with a chance to take themselves into the lead 50 minutes in but Adam Hunter’s 20-yard shot whistled over the bar by millimetres.

Not half a minute later the league leaders were a goal down when Allan walker took East Fife into the lead with a shot from close range.

Arbroath almost made it equal five minutes later when a Bobby Linn free-kick hit the wall and rebounded to Craig Johnston only for him to see his low shot sent straight into the arms of the visiting ‘keeper.

Moments later Kevin Smith increased the deficit when his well-taken shot made it into the goal despite the best efforts of Crawford to make it 2-0.

East Fife assistant boss Dougie Adamson was delighted with the progress the side have made, “Coming here knowing Arbroath were on the back of four wins we knew they were going to come at us and they did. But I thought they created very few chances in the first half.

“I didn’t think we were going forward enough but we discussed that at half time and we got the reaction to that in the second half.

“We got two good goals that I think we deserved.”