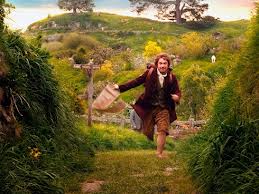 Shire suffered a second successive league defeat as their first trip to Arbroath for four years ended in a 4-0 defeat. Arbroath opened the scoring in the 14th minute when Aldin El-Zubaidi headed in from a corner. A wonder strike from Bobby Linn late on the first half doubled their lead. Despite Shire dominating the early stages of the second half, Arbroath got their third through ex-Peterhead striker Kevin Buchan. And then in the final stages of the match, Simon Murray made it 4-0. 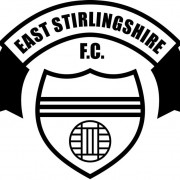 The home side started strongly, and during the opening stages the were only denied scoring opportunities by brilliant last gasp defending from Jordan Tapping and Michael Bolochoweckyj.

Shire nearly gifted Arbroath a goal from a corner in the 19th minute when Richie Barnard spilled Jordan Lowdon’s corner, but Martyn Shields was there to clear the ball off the line.

And then from the next corner, Arbroath took the lead. Adam Hunter’s corner picked out El-Zubaidi at the far post, and his header fired into the net.

They nearly scored minutes later, when Mark Whatley’s throw-in sent Hunter into the box, but his shot was well saved by Barnard.

Shire created their first shot at goal, when Ross Gilmour picked the ball up at the half-way line and ran at the defence, before his 30-yard shot flew agonizingly just over.

The Red Lichties kept on looking for their second goal. Hunter’s pass played Murray one-on-one with the keeper, but Barnard bravely got down to claim the ball.

But then the hope side did get their second goal. El-Zubaidi’s long ball went into the Shire box, where Gilmour failed to clear and Murray stole the ball of him. The Arbroath player played the ball into Linn’s bath, and he blasted the ball into the top of the net, giving Barnard no chance.

Linn tried to repay the assist minutes later, when he played Murray into the box, but Tapping gave him no space, and his weak shot was easily saved. They tried the next minute, but this time Barnard got down well to knock the ball out of Murray’s path.

Shire came out in the second half in a determined manner, and nearly got a goal back in the 48th minute. Greenhill’s corner picked out Connor Greee whose header was flicked over by Arbroath’s Ricky Little.

But Arbroath still posed a threat going forward. Keiran Stewart’s cross was cleared by Tapping, but only to Paul McManus but his shot curled just wide of the far post.

Paul Brennan nearly made an immediate impact off the bench, when Neil McCabe picked him out in the 6 yard box, but his first touch was too heavy and the chance was gone.

And then the home side got their third. Dylan Carreiro’s pass split the Shire centre-backs leaving Kevin Buchan with an easy finish to beat Barnard.

In the 80th minute, The Red Lichties got their fourth goal with a superb counter attack. Linn’s long pass picked out Buchan on the right-wing and his first time cross found Murray free at the far post to score with a tap-in.

Buchan nearly got his second in the final stages when Ricky Little broke down the right wing, and picked out Buchan but Greene bravely blocked his shot.