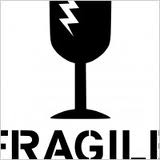 From the Sunday Mail:  Arbroath 0 Montrose 1

ROSS McCORD made it a day to remember for his family as he hit a winner for Montrose – while big brother Ryan netted 85 miles up the road .

The midfielder rifled home a second-half shot to dump Arbroath.

And he was proud to learn after the match that Ryan scored in Alloa’s 2-0 win at Peterhead.

Ross said: “We were at Alloa together for years and never scored on the same day so it’s great to do it for different teams.

“My dad was here – we only live five minutes away – but he will be delighted for both of us.

“We were excellent with 10 men and deserve a lot of credit for this win.”

Montrose had Paul Watson sent off for a lunge before McCord struck.

The Lichties spurned a chance to force extra time as Bobby Linn’s spot-kick was blocked by keeper Stuart McKenzie.

Home manager Paul Sheerin said: “I’m gutted to lose but can’t blame Bobby for missing the penalty as their keeper made a superb save.”

Montrose manager Stuart Garden was full of praise for his battling heroes after the 10-man Gable Endies earned a deserved victory in the Angus derby.

Ross McCord settled the match 14 minutes from time with a wonderfully-flighted shot from 18 yards which sailed high into the net, although Montrose keeper Stuart McKenzie had to pull off an outstanding last-minute penalty save to prevent the tie going into extra time.

Garden said: “I’m delighted to win the game and to be in the next round of the competition. The attitude and desire of the players was excellent and I couldn’t have asked for more.”

“The wind spoiled the game but I thought we did well playing into it in the first half. We tried to pass the ball, our shape and organisation was great and we defended well when it was necessary.

“Stuart (McKenzie) brought off a great penalty save but even if it had gone to 1-1, I still think we could have got a result.”

Arbroath boss Paul Sheerin was disappointed to lose — particularly as it was a derby — but he had no complaints over the outcome.

He said: “It was a derby and it was a massive game. People laugh when you compare it with the likes of a Celtic-Rangers game but it’s every bit as important to our fans.

“We didn’t move the ball quickly enough and we need to pass much better.

“It was a great finish from Ryan McCord to win the game and their keeper made a great save from the penalty as I think Bobby Linn hit it well enough. They are deservedly into the next round.”

Montrose almost took the lead in the third minute when Alex Keddie’s pass back eluded Scott Morrison and looked to be heading over the line until the keeper managed to race back and kick the ball clear.

The Lichties responded instantly, with Alan Cook sending a ferocious 30 yard free kick crashing against the underside of the bar. Steven Milne then tried his luck from a similar distance but the ball sailed narrowly wide.

There was little more to excite the fans until the 57th minute when former Lichtie Paul Watson was shown a straight red card for a high challenge on Linn.

It looked to be a harsh decision and it was one which seemed to galvanise the resolve of the visitors rather than inspire the home side.