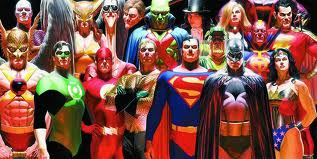 From the Daily Record: RYAN McGUFFIE fired Queen of the South into the Ramsdens Cup final yesterday – but will sit out the showpiece after picking up a yellow card.

The Doonhamers hero, who stroked home the winning penalty in the quarter-final victory over Rangers at Ibrox, struck another wonder goal three minutes from the end of a pulsating extra-time victory over Arbroath at Palmerston.

But a booking earlier in the second half ruled McGuffie out of the final and he revealed even a heartfelt plea to ref Kevin Clancy fell on deaf ears.

The shattered star said: “It is extra special to score a semi-final winner as I am from Dumfries and I have supported Queens all my life.

“But I am gutted to miss the final because of a yellow card. I even said ‘Come on ref I will miss the final if you book me’ but he was having none of it.

“I’ve scored a few important goals in the cup and instead of blasting it I just caressed it into the top corner. The keeper had the cheek to dive for it!”

Derek Young smashed an effort goalward which took a cruel deflection off the luckless Colin Hamilton and spun past the despairing hands of Scott Morrison and into the net.

Queens dominated the half but Arbroath had a huge shout for a spot-kick in 40 minutes when Paul Currie appeared to be clipped by Daniel Orsi.

But Arbroath bagged a deserved equaliser in 58 minutes. Currie floated over a corner and Alex Keddie headed in at the near post.

Steven Doris then forced Lee Robinson into a fine diving save as Arbroath grew in confidence.

Queens sub Derek Lyle scrambled the ball home from a corner in 72 minutes but Clancy had already blown for a push in the box and with no further goals a further 30 minutes were required.

Queens passed up a glorious opportunity when Carmichael curled in a shot that Morrison could only parry into the path of Nicky Clark. But he somehow scooped the ball over with an open goal at his mercy.

Morrison breathed a sigh of relief when he slammed Stuart Malcolm’s short back pass into the chest of Camichael and watched the ball sail inches over. Then with penalties looming McGuffie side-footed the ball into the top corner to seal it.

Delighted Queens boss Allan Johnston said: “It will be an honour to lead the team out in a cup final. It doesn’t matter what age you are, you don’t get the chance to play in many finals and we’ll enjoy the occasion.”

Arbroath boss Sheerin bemoaned the spot-kick plea and said: “It was a definite penalty, no doubt about it and if my player stands up he scores.

“I don’t know if the referee thought he would have to send the Queens player off and that has stopped him from making the decision.”