Getting on the scoresheet 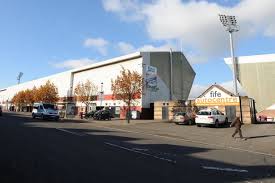 from the Sunday Mail: Dunfermline 2 Arbroath 3

The Pars overturned Steven Milne’s opener for Lichties with strikes from Callum Morris and Shaun Byrne to take the lead as half-time approached.

But Finnie stunned East End Park when he pointed to the spot for a push by Chris Kane inside the box. It looked a soft decision but Alan Cook stepped up to equalise from 12 yards .

Cook then rifled in the winner to pile on the agony for the home side who had Kane sent off for a second yellow after the restart.

Manager Jefferies said: “It was never a penalty and everybody in the ground was astounded the referee gave it.

“But that was typical of him – he’s not had a good game and when he came here last year he had a bit of a nightmare as well.

“We played some fantastic football but caused our own problems with the fact we started sloppy and gave away the lead.”

Away boss Paul Sheerin said: “The penalty was soft but Cooky took it well and his second goal did us a huge favour at a time when they were the better side.

“I’m delighted to get three points at what will be a tough place for teams to come this season.”

From Pars site: This was much more entertaining than the previous games I’ve seen this season, with both teams playing some decent football and attempting to score. In the end, Arbroath deserved it, and could have won by more, although had it been 11 v 11 for longer, I would have fancied the Pars to sneak it