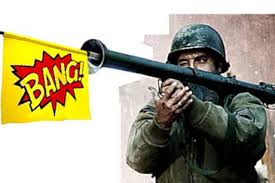 On a springlike afternoon on a Glebe pitch that was adequate - despite fears - Arbroath dominated the show for 65 minutes.   But poor final balls and a lack of sharpness saw us increasingly frustrated.

Brechin converted one of their few chances until then when Jackson headed in from a cross on the right.  Then, after our subs, we created little thereafter. Sheerin's casual attempt to clear a corner let McLaughlin in to score late on.  Brechin could have had more late on as we pressed but created little.

Very disappointing to lose out to a poor Brechin side.   Worryingly, we seemed to run out of steam and commitment for the last 20 minutes

From the BBC:  Brechin City recovered from back-to-back defeats to record a victory over fellow promotion hopefuls Arbroath.

The Red Lichties remain stuck in fifth, still two points behind Forfar Athletic, who also lost away to Alloa Athletic.

Ray McKinnon's Brechin had lost four of their last five, allowing their opponents to move to within five points of them in the table.

But second-half goals from Andrew Jackson and Gerard McLauchlan all but secured them a top-four spot.

Graham Bayne's early header was punched clear by Michael Andrews in a first half, during which goalscoring opportunities were at a premium.

The deadlock was eventually broken in the 64th minute as David McKenna's cross found Jackson in the area and the striker headed in his 16th goal of the season.

Brechin's victory was secured with four minutes left as Arbroath failed to clear a corner and McLauchlan stabbed in from close range.