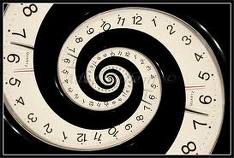 A hardy 302 fans turned up at a chilly but perfect Gayfield for what was an impressive but deeply frustrating night.

Showing no signs of the month-long layout, the team played good passing football to carve out numerous opporutnities against the league leaders.

Maybe the edge has been lost but golden opportunities (open goals) for Falkingham and Swankie were missed. A fine showing, deservedly applauded at the end - up until the finishing touches

THIRD Division league leaders Stranraer escaped from Gayfield with a point last night – but Paul Sheerin’s Arbroath players must be wondering how they failed to win the game.

Third-placed Arbroath missed a hatful of chances to take all three points and close the gap on the Stair Park side at the top of the division.

The Red Lichties’ domination was such that it was the 84th minute before the visitors from Wigtownshire even had a shot on target, Craig Malcolm shooting straight at Darren Hill.

The Red Lichties, who have now gone five games unbeaten, made most of the early running.

Gavin Swankie and Kevin McMullen both tested David Mitchell with long-range shots in the opening 15 minutes.  Alan Rattray then headed a Swankie corner into the net in the 20th minute but referee Neil Watters had spotted an infringement and awarded the vistors a free kick.  The Lichties continued to dominate and Kieran McAnespie fired in a powerful 25-yard free kick which Mitchell did well to turn behind for a corner.

Early in the second half Steven Doris went close with a diving header.  Josh Falkingham then had a great chance which Mitchell blocked and the Arbroath midfielder sent the rebound wide of the post.

The best chance came in the 71st minute when Doris crossed for Swankie but the Arbroath forward sidefooted the ball over the bar when it seemed impossible to miss.

The Lichties had a strong penalty claim turned down before Gibson sent a 25-yard shot inches past Mitchell’s left-hand post, but the home side was left frustrated.