Edged out on penalties after cup thriller 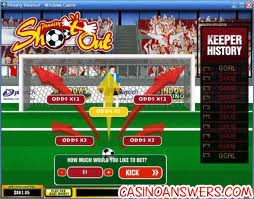 Lee Sibanda missed the crucial kick for Arbroath in a penalty shootout as Stenny progressed after a thriller.

Both teams had early chances before Robert Linn struck to give Lichties the lead after 23 minutes.

Sean Higgins replied for the home side four minutes later but David Banjo netted at the other end to send Arbroath in ahead at the interval.

Stenny piled on the pressure after the restart and got their reward when John Gemmell fired them level midway through the half.

Despite close things at either end neither side managed to conjure up a winner in regulation time.

Steven Milne pounced to edge the visitors 3-2 ahead in extra time only for Stenny to run up the park and equalise through Errol Douglas.

Gemmell completed his double to put his side ahead but Milne bagged his own second with a late leveller to set up the dramatic finale.