Down to earth with a bang

A painful dose of reality in tricky, blustery conditions at Cliftonhill.  Gibson replaced Strachan in the starting lineup, and Malcolm came in for Griffen.  We had Malcolm and McManus back but both had to be subbed (after 11 and 57 mins respectively) and young Burns in goal was left foundering with some penetrating attacks from Rovers

We started well enough. Conceding a penalty after 5 minutes when an innocuous through high ball soemhow reached Love who tripped over the advancing keeper - who was lucked to avoid even a booking.   We looked purposeful for the next 20 minutes, winning a succession of corners and some incisive attacks.  Their keeper made a fine save from a Chisholm effort

But Albion's central defence looked solid today and their keeper, with one exception, commanding.   With a slight wind advantage they came more into it at the first half wore on and won a few corners.   On 38 minutes, their pressure paid off when a deep ball from a corner on the right overshot the crowded central area and Benton scrambled it home.  Three minutes later we were out of the game when our defence was nowhere and Love was free and able to slip it under the keeper. 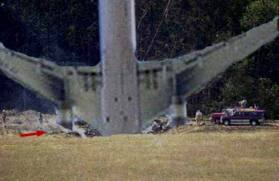 After halftime we tried to impose ourselves with possession but the final ball into the box was poor and any shots weak and untroubling.   Meanwhile Albion continued to find through balls worrying our defence, with Gemmill holding up the ball and feeding their attack.   Burns had a couple of good stops when an attacker was clear through while Rovers might have better on a couple of other occasions

A great chance late on when a McAnespie cross found Falkingham running in, but he could only fire wide

A bad day at the office.  We never recovered from the early setback and the game was lost at 3-0.   Our defence, as it has done at times throughout the season, looked vulnerable.

A steep learning curve for the suspended Hill's replacement Daryl Burns who might have done better with a couple of the goals.   Although we showed urgency and commitment across the team, we couldn't get any flowing football together and Swankie and Doris were well policed upfront.   One to forget.

PS - the home fans were magnificent - not many of them but generated a great support. The away fans, fewere than expected, were silent throughout