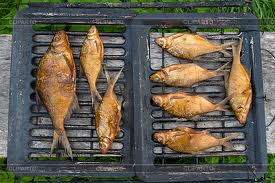 SECOND DIVISION Arbroath struck with just four minutes left of their fourth round tie against Celtic to secure a money spinning replay at Gayfield.

STEVEN DORIS' dramatic late free-kick for Arbroath means Celtic will have to replay their William Hill Scottish Cup fourth-round tie against the third-tier side.

With one eye on Wednesday night's home Champions League Group G decider against Spartak Moscow, Hoops manager Neil Lennon made nine changes to his side.

The hosts nevertheless went ahead in the 35th minute when Stewart Malcolm hammered a clearance from the byline off the back of fellow Red Lichties defender Alex Keddie and into the net.

The SPL champions created and missed a host of chances while also being foiled by Arbroath goalkeeper Scott Morrison, but with four minutes remaining Doris shocked the home side when his deflected drive beat Lukasz Zaluska in the Celtic goal.

It means another game in an already congested fixture list for Lennon, who today gave starts to the likes of Zaluska, Joe Chalmers, Rabiu Ibrahim and Dylan McGeouch.

Thomas Rogne returned from a calf injury while Emilio Izaguirre was on the bench after recovering from a hamstring complaint.

Arbroath had a smattering of players with SPL experience in their side such as Keddie, Brian Kerr, Derek Holmes and player-manager Paul Sheerin.

The top tier of Celtic Park was closed and the meagre crowd lent an unreal atmosphere to a match that Celtic dominated from the start.

The procession towards the visitors' goal began from the first whistle and in the third minute Hoops striker Miku headed a Chalmers corner over the bar from six yards.

McGeouch was causing problems down the right with his pace but it was Ibrahim who flashed a shot wide of the target from the edge of the box before Tony Watt's right-footed drive from 20 yards was saved by Morrison.

In the 20th minute Victor Wanyama drove wide of the far post from distance and moments later captain Scott Brown looped a header over the bar from another McGeouch cross.

After surviving all those Celtic attempts on goal, Arbroath gifted the Hoops the opener.

Defender Mark Baxter and Malcolm combined to dispossess Miku on the far side of the box and the ball appeared to be running over the byline for a goal kick.

However, with the whole of Celtic Park to aim at Malcolm attempted to hammer a clearance up the park but succeeded only in hitting the back of Keddie and the ball rebounded into the goal.

Morrison had to make a great point-blank save from Brown a minute later while his opposite number Zaluksa got involved in the game for the first time two minutes from the break when he made a decent save from Baxter's 20-yard drive.

The home side kept piling forward with relative ease after the break, with Ibrahim curling the ball past the far post after being set up by Adam Matthews.

The visitors began to tire as the second half progressed and they were let off in the 67th minute when Miku worked a yard of space inside the box before rifling a shot off the junction of bar and post.

Moments later, Morrison made a great save from the same player after he had turned and blasted in from eight yards.

The Hoops fans groaned when Wanyama headed a cross from Beram Kayal over the bar and to add to Celtic's exhausting list of attempts on goal Kayal fired just wide from the edge of the box before Morrison made a save from an Ibrahim header.

In the final 10 minutes Arbroath kicked on and after Rogne had conceded a free-kick 30 yards out with a foul on Derek Holmes, Doris' drive took a defection before nestling in the back of the net.

In the final seconds Morrison made another save from Lassad Nouioui, who had replaced Watt, but the visitors held on to earn an unlikely replay at Gayfield.