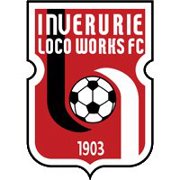 From the Sunday Mail:  Arbroath 3 Inverurie 1: Red Lichties set up glamour tie with Celtic as they see off Locos

ARBROATH set sights on turning tables on Neil Lennon's men as they set up moneyspinning tie in Scottish Cup.

The Arbroath boss had watched in despair as the Angus men allowed a three-goal lead to slip as Inverurie forced a 3-3 draw.

But there was no mistake this week with Neil Gauld’s late effort little more than a consolation for the 10-man visitors after strikes from Brian Kerr, Derek Holmes and Steven Doris (left) put Arbroath 3-0 up.

Sheerin said: “It’s funny how football works. Had we won last week we would have been a different number in the cup draw and probably wouldn’t have got Celtic. But because our game went to a replay there was a big prize at the end of this for both teams.

“That added incentive and also pressure – but thankfully we coped. And we now have a massive task to face in the next round.

“We’ve no right to go to a place like Celtic Park and win but they probably thought the same thing when Barcelona came to Glasgow so we will try to cause an upset.”

Inverurie brought an impressive travelling support to swell the crowd beyond the 1000 mark and they held their own until Kerr’s 36th-minute opener.

The Arbroath midfielder spotted a gap and tried his luck with a 25-yard strike to drill beyond Andy Reid.

Kerr then turned provider two minutes later as he cut back for Holmes to squeeze the ball over the line from six yards.

Arbroath made sure of the win in 47 minutes when Doris cut in from the right to find the top corner from 15 yards.

Inverurie were then reduced to 10 men as Neil McLean went in high on Paul Currie. But Locos didn’t give up and restored some pride with a 30-yard effort from Gauld in injury time.

Co-boss Kenny Coull said: “I didn’t think there was any danger of pulling the game back like last week. To come here and do it is a step too far.

“We didn’t disgrace ourselves and earned a lot of pride. But Arbroath deserve to face Celtic in the next round.”