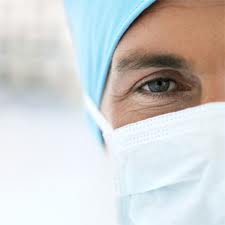 The 60+ travelling support were delighted with a very professional Arbroath performance against a lively Rovers side.

In wet and blustery conditions,  our more defensive lineup and packed midfield held firm against early Rovers dominance before we got a foothold in the game and started some decent passing moves.  Both goals were quality from start to great finishes by Steven Doris.

Rovers piled up the chances and the corner count second half but Darren Hill was immense all night.  One Rovers shot off the bar was the nearest they came while we could have added to our lead.   Swankie and Gibson came on as second half subs.

from The Glasgow Herald:  Doris the difference as hosts rue missed chances

A Steven Doris double was enough to cement Arbroath;s place at the top of the table after an entertaining match at blustery Cliftonhill.  Rovers who could have joined the Lichites at the summit, were left to rue a string of missed chances

Arbroath had loud claims for a penalty waved away during the opening exchanges.  Josh Falkingham appeared to be clipped as he carried the ball round keeper Flynn but ref Robertson was unimpressed.  At the other end, Smith glaned a header narrowly wide.

The visiotrs broke the deadlock with a well-worked goal in 19 minutes. Lee Sibanda was the provider with a pinpoint cross from close to the touchline and Doris provided the final touch with a deft volley from 8 yards leaving Flynn helpless.

Arrboath thought they had doubled their lead in 36 minutes when Falkingham headed powerfully into the net but the whistle had already gone for a foul.

the first half could have ended all square when Lawless turned brilliantly and sent in a fierce shot from a tight angle but was denied by Darren Hill's smart save.

Arrboath stretched their lead after the break when Adam Strachan burst down the flank and picked out Doris who finished clinically again.

The Coatbridge side should have thrown themselves a lifeline in 73 minutes when a Lawless corner fell for Canning who rattled the bar when easier to score. Moments later, Love was through on goal only for Hill to dive bravely at his feet and save.