Campbell - Arbroath deserve all the plaudits 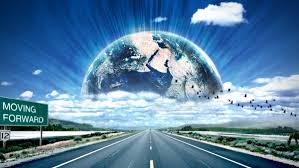 From the Sunday Mail:  Forfar 0 Arbroath 2

KENNY Deuchar has backed his side to beat the drop as Arbroath closed the gap at the bottom to just one point.

The 33-year-old striker, who came out of retirement last month to help the Lichties beat relegation, bagged the killer second to see off Forfar.

He said: “It was hugely important to win and with East Fife losing at Airdrie, it means we’ve closed the gap at the bottom to a point with two games left.

“I was delighted to score our second because at just 1-0 up you’re never safe and coming so shortly after our opener, it helped settle the lads down.”

Player-boss Paul Sheerin hit the opener for the visitors in 24 minutes with a thundering drive before Deuchar doubled the lead minutes later.