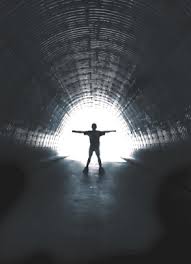 From the Arbroath Herald:  Arbroath finally ended their 12 game unbeaten run when two goals from two youth players secured a 2-1 win against Stenhousemuir.

Both Chris Scott and Dayle Robertson both scored their first senior goals to end the Lichties’ terrible record.

However, it was the Warriors who opened the scoring on 12 minutes.

A great ball by Sean Higgins fell to Darren Smith.

With the Lichties’ defence sleeping, Smith took his time to line upn his shot and blast it straight past Scott Morrison.

But their lead didn’t last long as just six minutes later, some good work from Paul Sheerin found Bobby Linn, who went on a run down the left hand side.

His cross fell to Christopher Scott, who was perfectly positioned to slot the ball home from close range to equalise.

Soon after the Lichties had a great chance to go ahead when another Linn cross this time found Ross Chisholm but his effort went straight to the ‘keeper.

Sheerin then also had a golden opportunity with a long range winding effort but it hit the top of the crossbar.

Straight after interval Sheerin put a great ball into the box, it fell to Linn but his effort was inches wide.

On 55 minutes, Smith found an opening for the Warriors and attempted a long range effort, which went into the side netting.

On 80 minutes Alex Keddie came close with a long range shot but it was just wide.

‘Keeper saved Stenhousemuir when he kept out efforts by Linn and Robertson just two minutes later.

On 86 minutes the Lichties got the goal they had been pressing for when some brilliant work by Linn saw him put through Dayle Robertson who cooly finished.