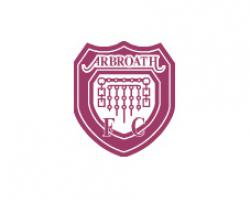 Paul McManus rifled in the opener in first-half injury-time before Cook stroked home the second less than a minute after the restart.McManus found Cook three minutes later and he swept in his 12th of the season before Sean Winter grabbed a lifeline for Stranraer after 51 minutes with a right-footed drive in the area

Paul Sheerin put the result beyond doubt 10 minutes from time, though, with a curling shot into the top corner from six yards.Stranraer grabbed an injury-time consolation through Adam Forde's left-foot effort but it was the last kick of an eventful game.Arbroath remain five points adrift at the foot of the table with three games remaining