Another bad day away from the office 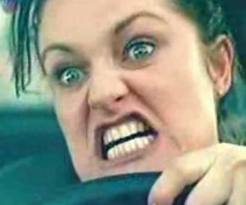 Another poor showing away, a punchless attack and a bad keepers error meant we drop below Forfar.

Surely the lowest attendance of the season in ANY division this year?

Arbroath dropped out of the play-off places on goals scored after they were beaten by ninth-placed Stranraer.

The Blues had won only one of their last five but scored once in each half to hand the visitors a second successive defeat.

After the kick-off was delayed by 10 minutes due to traffic problems, it was the home side who started better and they took the lead in the 21st minute when Sean Winter's cross was fumbled into his own net by Arbroath goalkeeper Scott Morrison.

Graham Bayne went close to a leveller in the 55th minute as he headed narrowly over.

Stranraer grabbed the second three minutes later as Robert Love scored for the second game running with a neat finish after good work from by Craig Malcolm.