Tough for the leaders 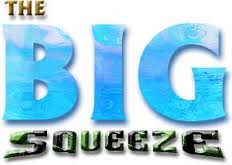 Too little, too late as Arbroath lose their way against Elgin

Elgin City manager Ross Jack praised his side’s character as it responded to the defeat at Arbroath in midweek by beating the Third Division leaders at Borough Briggs on Saturday.

Jack said: “We worked so hard to close them down and to stop them and not give them space. We knew with the crowd behind us that we had a chance.”

City sit sixth in the table but such is the tight nature of the league, they are only one point off the play-off places.

Elgin threatened first with a drive from the on-loan David Gormley resulting in a block by Arbroath goalkeeper Darren Hill.

The league leaders threatened on 20 minutes when Keith Gibson fed Steven Doris and although he spun well, the attacker fired wide.

Alan Dempsie’s free kick flashed inches past the post on 34 minutes as City continued to hold their own but after the turnaround, Arbroath went in front.

Elgin keeper Peter Don- nelly parried a Gavin Swankie free kick but he could only send the ball on to the head of Gibson, who nodded the visitors into the lead.

The Elgin response was superb though, as they levelled the match just 10 minutes later. A well-worked move involving Brian Cameron and Mark Nicolson saw the former flash a low ball across the face of goal for Jason Crooks to side-foot beyond Hill.

It was just the fillip Elgin needed and on 74 minutes, they took the lead.Crooks’s free kick from wide on the right was only partially cleared, with Nicolson latching on to the loose ball at the edge of the box and rifling a thunderbolt into the top corner of the net. City continued on the upward curve as their third goal arrived just two minutes later.

Substitute Craig Gunn’s effort was parried by Hill but the ball landed back at the feet of the Elgin forward, who laid it on for Ross O’Donoghue to power home.

Substitute Adam Strachan thumped the ball into the top left corner on 85 minutes to give Arbroath a lifeline but it was too little, too late