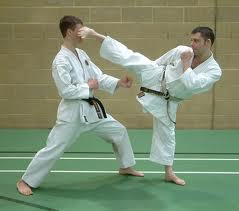 From the P&J:  Perfect time for Arbroath to welcome back Rattray

Arbroath are hoping defender Alan Rattray can play a part in the Third Division title run-in.  The 31-year-old centre back has been out since the end of January with a knee injury, missing nine games, and is likely to require surgery.

Arbroath player-manager Paul Sheerin believes Rattray could delay the operation until the summer and streng-then his squad for the final push towards promotion.

Sheerin said: “Alan will see the consultant next week but the talk has been he might be able to play on until he has the surgery“It would be amazing to have him back for the run in. He is an experienced player who can play in a number of roles.”  The Arbroath squad has not been toiling in Rattray’s absence, however, and are looking to consolidate its position at the top of the table at East Stirling today.

Shire may be second bottom of the division, but their surprise 5-3 victory against the Red Lichties in January will ensure there is no complacency.

Sheerin said: “That defeat is a little reminder for us.“We were on a great run when they came to our place and a win would have taken us top.“They managed to beat us 5-3 and it showed they are a good side on their day.

“We are in a good position, but I have been kicked in the teeth too many times in football to take anything for granted.    “There are 10 games left and plenty of hard work remaining.”

Defender Stuart Malcolm is out with a hamstring strain with full backs Danny Griffin, Ross Chisholm doubtful along with midfielder Keiran McAnespie.