On the ropes then the Swankie show -analysis 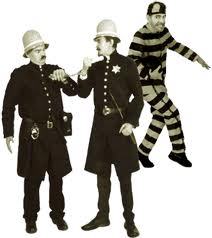 ARBROATH stretched their lead at the top for the first 40 minutes struggling Shire had them on the ropes.

With Shire a goal up thanks to Kevin Cawley’s 26th-minute strike, their keeper Michael Andrews fresh-aired an attempted clearance from his own 18-yard line and Ross Chisholm guided the ball into the unguarded net for a 42nd-minute equaliser.

If the first half was all about the home team then the second was the Gavin Swankie show. He scored three and set up another.

Kevin Cawley had Shire in front but a howler from home keeper Michael Andrews allowed Ross Chisholm to equalise on the stroke of half-time.

That seemed to spark Arbroath who raced 4-1 ahead thanks to a Steven Doris header and a double from Swankie.Shire new boy Craig Scott pulled one back but Swankie wrapped up the points and his hat-trick in stoppage time.

Delighted Arbroath gaffer Sheerin, who was restricted to a substitute appearance because of a heavy cold, said: "We got a break just when it looked like we would be going in behind. In the second half the players showed much more of what they are capable of and Gavin's finishing was of the highest order."

The Red Lichties moved five points clear at the top after second-place Albion Rovers were held to a 1-1 draw at home to Clyde.  Sheerin said: "There's still a long way to go but I'm pleased Rovers dropped points."

The game started brightly with Shire midfielder Cawley denied by Darren Hill and Arbroath playmaker Chisholm foiled by the face of Andrews.Sheerin's side looked the more likely to score but a mix-up in the Red Lichties box between keeper Hill and defender Craig Wedderburn allowed Cawley to curl into an empty net in 27 minutes. The blunders continued two minutes before the break. This time it was Shire keeper Andrews who sinned as his fresh air swipe at an Adam Strachan pass gave Chisholm the easiest of headers to level.

Arbroath came out flying after the restart and began to turn the screw as they searched for a second.  And they got it just before the hour, striker Doris rising high to bullet home a pinpoint cross from Strachan.  Five minutes later Swankie cut in from the left and lashed home.  The striker doubled his tally a quarter of an hour later when he burst through the sleeping East Stirling defence to rifle low past a helpless Andrews.

Debutant Scott grabbed another for Shire from the edge of the box before Swankie completed his superb treble when he pounced on a Stuart Beveridge error to slam the ball in.Shire's No.2 David Nicholls said: "This was a massive improvement on recent games but we were still guilty of losing some Keystone Cops-style goals."