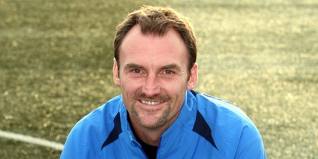 from the Courier: Montrose boss Steven Tweed refused to lay all the blame on his players after watching them being beaten 5-0 defeat by arch-rivals Arbroath.

Instead, he had referee Des Roche in his sights after the whistler's performance provided most of the talking points in the clash with two sendings off, two penalties and seven bookings.

Pivotal of the decisions was a red card for Montrose's Chris Hegarty in the 41st minute for a foul on Keith Gibson.

Hegarty was walking before Roche reached for his book, but even if he had been lucky enough to be looking at a caution, his reaction in seeming to push away Roche guaranteed an early bath — making it all the easier for Paul Sheerin's side.

Roche flashed his first yellow to Montrose's Nicky Smith just five minutes in for a petulant reaction to a throw-in decision, and while early chances were at a premium another Montrose card followed for Stephen McNally after a charge on Keiran McAnespie.

Arbroath's Josh Falkingham followed in 21 minutes with a yellow for a late challenge, and with Terry Masson booked for the hosts in 32 minutes it meant a clutch of cautions before Falkingham sneaked in to drill home a Ross Chisholm pass.

Gavin Swankie's perseverance brought the Lichties' second, the striker picking himself up after his first shot was blocked before keeping possession to slot home past Sandy Wood.

Falkingham bagged his second five minutes after the break with a cool finish from a perfectly-weighted McAnespie pass — and the writing was clearly on the wall for Tweed's troops when they were reduced in numbers even further by Gordon Pope's second yellow in 55 minutes.

A 66th minute Steven Doris cutback gave Swankie the easiest of finishes for his brace, and although he was denied a hat-trick by a Wood save from an 80th minute penalty, the demolition job was rounded off by an injury-time Doris spot-kick. 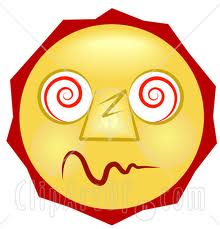 Tweed said, "I think the referee put himself under pressure booking people when he didn't have to at times.

"Discipline and individual errors have cost us the game, and with nine men it it hard work.

"We've lost 5-0, Sandy Wood has made one real save and it's the penalty," he added.   "I'm disappointed because I thought we were up for it, we started well and the shape was good.

"I can't ask any more of the nine that stayed on the park, but the goals we are losing are criminal and we cannot expect to win games like that."

Arbroath boss Paul Sheerin-booked for having words with Hegarty as the home player headed for the tunnel-agreed the turning point in the clash."The sendings-off have a big bearing on it. I think they did have a bit of territorial advantage, but once we scored we were able to kick on," he said.

Of the challenges facing the man in the middle, Sheerin added, "Derbies are occasions. Okay, it's not the Old Firm, but it's our biggest rivals and I think you have to use a bit of common sense.

"For 20-25 minutes it's committed — but that's part and parcel of derbies and you have to recognise that."

He added, "For us though it's six games unbeaten in the league and that's a good run.    "Our first quarter was poor, but no-one took advantage to stretch out and we've always been lucky enough to stay in touching distance. We're right back in the mix now," he added.