Why have the goals dried up? 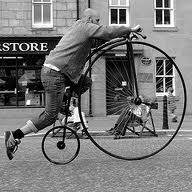 An injury time winner for the second week in succession has been a great boost (and a credit to the player's unflagging determination).   But the goal machine that was so impressive earlier in the season is not quite firing on all cylinders.

Just compare the last 7 games with the seven before that

It's results that count and maybe it reflects a more careful approach not to go gung-ho at every oppportunity.  After all, keeping down the opposition goal tally means we have to do a bit less up front.

Or are there other concerns?.

Any other suggestions and options?

Or is it just that the first 7 games were a bit of an aberration and, as we settle in to the long grind of a league campaign, maybe it;s back to business as usual.