Whatley on trial at Aberdeen 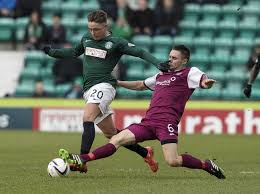 From the Press & Journal:  Aberdeen have taken Mark Whatley on trial after the midfielder produced a number of impressive performances for League Two leaders Arbroath this season.

The 24-year-old has been training with the Dons this week as manager Derek McInnes weighs up whether to make a move for the player this summer. It is understood that Dundee boss Paul Hartley is also an admirer of the versatile Whatley.

School teacher Whatley was brought to Gayfield from Lowland League outfit Spartans last summer by then manager Paul Sheerin, who is now Aberdeen Under-20 coach, and has made 29 appearance for the Red Lichties. Arbroath manager Allan Moore insists Whatley, who is contracted to the club until summer 2016, has what it takes to play in the Scottish Premiership.

Moore said: “Mark has been up training with Aberdeen, it’s a good opportunity for the boy and we wouldn’t stand in his way.

“I know Derek McInnes and Tony Docherty really well and they asked if it was okay to take a look at him.

“Simon Murray has obviously moved on to Dundee United and there have been a few teams sniffing about Mark. I think he has been the best player in our team for the last three months. He is a good lad as well, he works really hard.

“I have no doubt that Mark has the quality to progress, I look at some of the players that are in the Premiership just now and without being disrespectful, he is certainly on a par – if not better than some of them.”