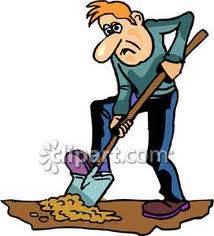 from the Sunday Mail:  ARBROATH player-boss Paul Sheerin has warned his players he expects better as they moved four points clear at the top.

But the hard-to-please gaffer admitted the scoreline flattered his troops as title rivals Rovers gave them a run for their money.

He said: "I'm pleased with the result but not with the performance today because we looked laboured and it wasn't pretty.

"We have a bit of a cushion at the top of the table but have set a standard and I know we can do better."

Furious Rovers boss Paul Martin said: "We had some decisions go against us today.  "We were brilliant but the penalty was the turning point."

Arbroath extended their lead at the top of the Third Division with a comprehensive win against Albion Rovers, but player-manager Paul Sheerin feels his side can do much better.

He said: “It was a great result, but a poor performance. Rovers were the better team, there’s no doubt about that, but goals win games. “There’s a lot more that we can give.” 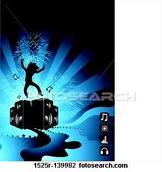 Gavin Swankie was the inspiration behind the Red Lichties victory.  He scored in the first five minutes and the last five, and midway through the second half he won the penalty which led to Rovers goalkeeper Derek Gaston being sent off.

Forward Swankie, who has now scored 16 goals this season, started and finished the move which gave Arbroath an early lead.

He took possession on the halfway line and fired a great pass out to Kieran McAnespie on the left.

Swankie then broke forward to collect the return pass just inside the box and shot low behind Gaston.

Rovers enjoyed the bulk of possession, however, and Robert Love came within inches of equalising with a powerful shot which crashed against the bar before spinning clear.

The visitors continued to dominate after the break and Arbroath had Darren Hill to thank in the 51st minute when the goalkeeper saved from Love.

Any hopes Albion had of salvaging something from the game evaporated in the 66th minute when Gaston collided with Swankie inside the box.

Referee Brian Colvin awarded the home side a penalty and sent off the goalkeeper. Rovers manager Paul Martin was seething with the decision and ended up being sent to the stand after expressing his views to the standside assistant.

Even when down to 10 men Rovers continued to press forward, but Swankie delivered the final blow five minutes from the end when he latched on to a perfect Sheerin pass to volley beyond Barnes.