We control our own destiny

Arbroath in control of own destiny, says Sheerin 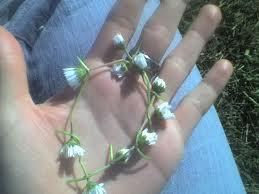 Arbroath player-manager Paul Sheerin has told his squad to ignore results elsewhere and focus on its destiny ahead of today’s visit of Annan.

The Red Lichties were knocked off the top spot in the Third Division by Stranraer after their midweek 3-2 defeat at Elgin City.

Results went for them as rivals Albion Rovers and Annan also slipped and the Gayfield club’s fate remains in its own hands with a game in hand.

Sheerin wants a response to the Elgin loss.

He said: “It is important we don’t rely on other results and we have to take care of ourselves.

“We have to bounce back as quickly as possible because the last time we lost two in a row was early in the season and we don’t want to have too much to catch up on.

“We are about to get to the vital stage where each game becomes equally as important as the last one.”

Arbroath managed to claim maximum points at Annan last month, despite finishing the match with nine men after red cards for Stuart Malcolm and Craig Wedderburn.

The Dumfriesshire club won 2-0 in Angus last August and Sheerin will not be taking victory for granted.

He said: “Annan are a well-organised side with talented forwards so we know it is going to be tough.

“We went down there recently and after a slow first half we picked up in the second half even though we went down to nine men and got a good result. Their championship hopes probably took a dent on Tuesday night after losing, but they still have a shot of a play-off place so they will be up for it.”

Centre back Alan Rattray remains a long-term absentee with a knee injury while defender Stuart Malcolm is suspended.