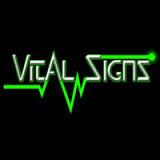 Shire fell to their third successive defeat in a row, as a clinical Arbroath won 3-0.

The opening goal came from a long free-kick where Craig Wilson was given space to direct his looping header into the top-left corner.

Shire had their chances to equalise, but three second-half minutes saw the Gayfield side secure the win. Mark Whatley reacted quickest to a rebound before Mark Williams’ converted from close range.

The defeat, alongside other results, has seen the gap to ninth increase to eight points. Shire’s next game is home to Clyde.

Craig Tully converted to a 3-5-2 formation that saw Jordan Cairnie played as a central midfielder.The early stages saw both sides wasteful in possession, but it was Arbroath who had the first chance when a fortunate deflection played Josh Skelly into the box, but his shot was well saved by Richie Barnard.But then Arbroath took the lead.

From the half-way line, Shaun Rutherford launched the ball towards the far post where Craig Wilson made the perfect run and directed his header towards the top left corner.They could have doubled their lead soon after from a Bobby Linn corner, but Andy Munro headed over.

Shire recovered and started to have more possession in the final third and came close through Tommy Orr, but his attempted chip was well saved by Allan Fleming.Then Shire should have equalised. Orr won possession near the corner flag, drilled the ball across the six-yard box towards Andy Kay who shot straight at Fleming.Shire had a chance from a free-kick, but Cairnie drilled his shot into the wall.A short Arbroath corner nearly caught Shire out, but Barnard reacted to tip over Munro’s header.

Towards the end of the first half, Shire had a series of chances to score. Connor Greene’s long pass played Orr through, and he tried to set up Andy Russell, but Fleming intercepted. A long free-kick then fell at Reece Donaldson’s feet, but he directed his shot at the keeper. And then Michael McMullin’s cross nearly crept in at the far post, but Jordan Lowdon headed off the line.

Arbroath could have doubled their lead seconds into the second half, but luckily, Skelly scuffed his shot. They came even closer from a short corner where Skelly’s cross crept centimetres wide of the far post.Then, only Barnard’s reactions stopped the home side from scoring when Skelly’s corner picked up Munro, whose header was brilliantly stopped by the Shire keeper.

But in the 71st minute, Arbroath did make it 2-0. Mark Whatley played Kane Hester into the box and Barnard tipped his shot onto the post, but Whatley reacted quickest to blast the rebound in.Three minutes later, it was 3-0. Wilson crossed across the six-yard box providing Mark Williams with a simple finish.Seconds after coming on, Michael Wallace nearly pulled a goal back, but his flicked header was simple for Fleming.And late on in second-half stoppage time, Gavin McMillan’s overhead kick went narrowly wide.