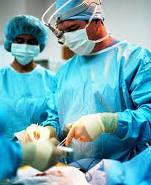 From the P&J:   Sheerin to ring changes after Hampden humbling

He said: “We cannot afford to concede the amount of goals we are and it could be I have to change things around dramatically. I may have to look at going with five at the back which is something I am loathe to do, but it may help us get through this period.”

The Red Lichties, who were forced to list 15-year-old Graham Michie as a substitute, started brightly enough and even opened the scoring in 12 minutes with a headed goal by Gavin Swankie. However Jamie Brough headed the Spiders level from a corner.

Queens went in at half-time 2-1 ahead through Ian Watt’s diving header. Arbroath equalised after the break with a Steven Doris penalty (49).

On the hour Doris, yellow carded in the first half, was dismissed for dissent.

Six minutes later Brough touched home a cross to put Queen’s Park ahead and Craig Smith slipped the ball under Darren Hill for the fourth with 72 minutes gone.

Arbroath’s misery was complete on the stroke of full-time when home substitute Michael Daly dived full length to head in the fifth.

From the Sunday Mail

Arbroath boss Paul Sheerin said: "We are haemorrhaging goals and that has to stop."