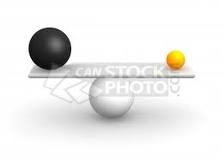 Postponements of games over the past 2 months means Arbroath - like all the other teams in this league - face a very unbalanced fixture list in the second half of the season.  On the plus/balanced side, we've still 9 home and 9 away games left against all opposition.

We've already played Berwick, Montrose, Stranraer and Shire 3 times each with only home games to go (with the exception of another trip to Ochilview)

We've still to fulfil a home and away legs against Queens

but what will be crucial is the three out of four games still to be played against fellow rivals Albion, Annan and Elgin and also against Clyde.