Time to consider a plastic pitch for Gayfield 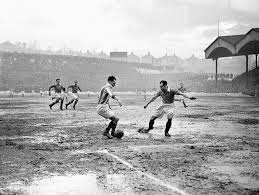 PLAYERS’ union chief Fraser Wishart wants a block put on laying any more plastic pitches — until they are proven to be as fantastic as they’re claimed to be.

At present, 12 of the 42 SPFL clubs have installed artificial surfaces.

But many managers remain unconvinced by their safety and regularly leave out some of their players — including top scorers — when they visit certain grounds through fear of injury.

And he is calling for the same standards applied to synthetic surfaces to be introduced for grass parks, describing some as "mud heaps".

PFA Scotland want further research on the impact of artificial pitches, with the union saying "players are the experts here".

"Why are we not failing grass pitches that are below standard?" asked Gray.

Hamilton have had an artificial surface installed at New Douglas Park since 2004.