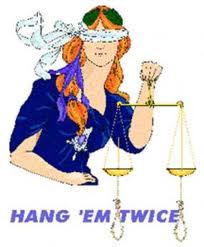 From the Sunday Mail:  STIRLING boss Jocky Scott suffered a case of the blues as Gary Thom's red card allowed Arbroath to go top of the table.

Thom walked in 51 minutes for a professional foul as his side surrendered a 2-1 lead to crash to defeat.

An own goal by David McPherson was cancelled out by Albion team-mates Alan Cook and Sean Dillon to leave the home side trailing 2-1.

Steven Doris levelled from the spot after Thom's foul and the away side's misery was compounded as Paul Sheerin and Gavin Swankie netted to clinch a deserved win.

Gutted Scott said: "At 2-1 we got a grip of the game but once again another bad decision has cost us dearly.

"If we had kept 11 on the park we would have had a great chance but we didn't and we lost heavily.

"I didn't even think it was a penalty kick. The goalkeeper was about to pick the ball up and Gary Thom didn't deliberately trip their player up.

"It's not just me saying this, Arbroath have admitted it wasn't a penalty kick.

"We lost a penalty and a player in one incident. Then we lost the game and are now a man down for next week.  "I've said it before, this rule is a joke. It's an absolute joke."

Stirling stopper Sam Filler was helpless 10 minutes into the game as the hosts went in front courtesy of an embarrassing David McPherson own goal.

Stirling began to find their way and came close to a leveller in 26 minutes, with striker Lewis Bonar curling a 25-yard free-kick into the side net.

Filler made an impressive stop at the other end as he held on to Sheerin's swerving 18-yard drive.

Cook headed a Scott Davidson cross in off the post in 38 minutes to send the teams in level at the break.

Then Dillon bulleted a header beyond Hill to make it 2-1 to the visitors in 49 minutes. But their lead was gone in 60 seconds as Thom made a last man challenge on Josh Falkingham to earn a red card and gift Arbroath a penalty.

Doris stepped up to send Filler the wrong way and tie the game up at 2-2. It was Sheerin who put his team back in front in 56 minutes, drilling the ball under Filler.

Only 10 minutes later Swankie chipped the ball over the advancing keeper from the edge of the box as Arbroath took a firm grip of the game.

Sheerin said: "There's no doubt the red card made a difference. It was a bonus for us but we were never really out of the game, even when both teams had 11 men.

"It's a good win for us. I'd rather win 4-0 every week than 4-2 but we play some great football going forward."