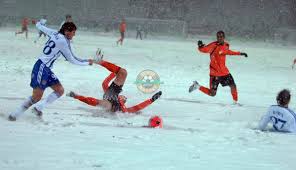 Nine of the 12 Premiership teams were among the 27 of the country's 42 senior clubs who said they would be in favour of examining the possibility.

Only seven clubs said such a move would not interest them, with eight not offering a view.

The Scottish Professional Football League says it is open to debate on "a complex matter".

Since the BBC conducted the survey, Motherwell have been in touch to say they too are in favour of examining a switch to summer football.