Still caught in the Spiders' web 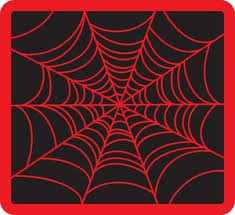 What a Gay way to end a good week

It might have been a washout of a summer, but there’s one big plus as the days shorten and the nights get longer … football’s back.  Nights like Tuesday remind us why we traipse round the country following this great wee club. Days like today reinforce that belief for any doubters in the camp.

Trips to Gayfield are never easy at the best of times, but to go up there on the back of a hard-fought 120-minute cup tie in midweek was a big ask.

There was good news, however, on the eve of the game when Chris Duggan rejoined us on loan. The Thistle striker was a hit last season in his short spell at Hampden, and he could fill in another piece of the Gus MacPherson jigsaw this time around. Chris went straight into the starting XI today at the expense of young Billy Mortimer. The only other change from Tuesday was Joe Bradley replacing Cammy Marlow.

The line-up might have been relatively predictable, what was a tad out of the ordinary was the weather. Gayfield without wind is like Homer without a drink on a Saturday night – but that’s exactly what we got … perfect conditions and a lush-looking surface.

And if it looked good before the start, the picture got even rosier within the first few minutes. Our first attack saw Sean Burns romp upfield and play a neat wee ball into Duggan. Chris played an even neater ball into the path of Paul Woods, who took a touch before stroking the ball into the net through the legs of the onrushing keeper Fleming.

Talk about perfect starts … it doesn’t get much better than that; Queen’s 1-0 up with just three minutes played.

The home side have had an awful start to the season and losing a goal so early can’t have done their confidence any good. But to their credit, they tried to hit back quickly, winning a couple of corners in quick succession. Despite their obvious height advantage, however, they didn’t unduly trouble the Queen’s defence.

The Spiders then set about taking the sting out of the game, and they achieved their goal. The next 20 minutes saw a lot of possession for the home side, without them ever really threatening. Indeed, it was Queen’s who looked likelier on the break, with Duggan holding the ball up well, and Woods and Bradley providing the back-up.

As we passed the halfway point in the first period, referee Ross and his officials took centre stage. The whistler turned down three penalty shouts for the Spiders in the space of five minutes. Two of the decisions were probably right, but how Munro got away with a push in the box is a different question.

In the midst of all that, we saw Bryan Wharton pick up his customary yellow card for taking out Grehan with a sliding challenge.

Duggan had a chance to extend our lead on 32 minutes, but his curling effort was blocked. And that was the signal for the home side’s best spell of the game. They began to look menacing and Gibson did well to deny Ryan. Willie Muir then did well to get to a Munro header.

The big Arbroath defender rattled the bar with another header as we began to believe this might be our day.

Sean Burns was having a grand wee time on our left flank, getting involved in just about everything good we did. He blotted his copy book after 35 minutes, however, by picking up a yellow card. The Queen’s man looked to be fouled right in front of the linesman, but when the official waved away his claims, Sean protested too loudly and was booked for dissent.

Duggan had a couple of half chances as the interval approached, but one effort was saved and the other blocked before it got to Fleming.

There was just time for Ryan to earn himself a yellow card before the half-time whistle sounded with the welcome scoreline:

The jocular comments as the second half got under way suggested Queen’s should repeat their whirlwind start to the first period. Nobody really expected it to happen … but it did, this time just two minutes in.

And if the first goal was a belter, this one topped it.

Vinnie Berry did what he does best to nick the ball as Arbroath tried to go forward. Bradley and Duggan then got the ball to Burns who drove down the flank and then started to cut inside. With the crowd screaming for him to cut the ball back, Sean ignored the pleas and belted the ball into the roof of the net from a tight angle.

The Spiders then had Muir to thank as the keeper got his foot to a glancing header from Ryan that looked to have goal written all over it.

Having survived that wee scare, Queen’s began to show the same composure they had in the first period. The one negative moment came after 10 minutes when Bradley got himself booked for a silly jersey tug.

Both managers decided to change things at this point. Gus replaced Bradley and McKernon with Carter and Mcleish, while Arbroath brought on Bradley and Whatley for Reid and Stewart.

Just after the hour, Berry won the ball and set Burns away again. This time, Sean couldn’t find the finish.

Linn had been quiet so far, but with 63 minutes on the clock he cut inside and fizzed the ball in with his left peg. Fortunately, Muir was alert and gathered the ball well low to his left.

Duggan was desperate to open his goal account every time Queen’s broke and the pony-tailed striker went close after 66 minutes when he had a shot well held by Fleming. Chris went close again moments later as he headed a cross from McLeish just a shade too close to the home keeper to cause him any major anxieties.

A familiar face to Queen’s supporters is on trial at Arbroath just now and Joao Victoria entered the fray with just over 20 minutes to go. Gus then made our final change of the afternoon as Duggan came off for a well-earned rest, with David Galt taking his place.

The game was meandering towards the end when Queen’s spurned a glorious chance to rub salt in the home side’s wounds.

Carter did superbly well to get himself clear down the left. He then left Wilson on his back as he cut in on goal. Galt had burst a gut to get up in support, but as he stood in splendid isolation right in the middle of the goals, JC saw the glory signs light up and tried to beat Fleming. His shot wasn’t good enough, however, and the keeper won that duel.

There were only six minutes left at that point, so the miss shouldn’t have been too much of a cause for concern. But this is Queen’s we are talking about … and the Joao factor had still to be taken into account.

It would be fair to say that the Portuguese striker divided opinion during his time at Hampden. He even sparked lively discussions between your match reporters. While this scribe reckoned the boy could become a player, Homer’s considered opinion was that Joao couldn’t score in the proverbial.

Without a word of a lie, Gulliver sent a text to his absent chum when the teamsheets were unveiled today which asked what the odds were on Victoria coming on and scoring. Common decency (and the laws of libel) prevent the printing of the response … but you can just guess what happened next.

Arbroath broke down the right, whipped in a cross – and Joao nicked in front of the Spiders’ defence to glance a header past the helpless Muir.

All of a sudden there were a few nervous glances at the watch in the home ranks. Thankfully, however, we regrouped quickly and saw out the time remaining with needing to resort to the defibrillator.

The 2-1 scoreline made good reading at the end of a good week. We’ve done the business on Clyde; we’ve dumped a Championship side out of the Petrofac Cup to earn a quarter-final spot – and we’ve brought home the points from Arbroath.