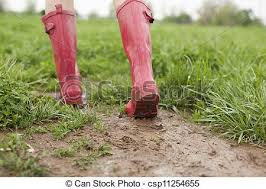 The Courier:  Lichties take positives but winless streak goes on

League Two leaders Arbroath slipped up again on Saturday when they were held by struggling Clyde at Broadwood.

The draw extended the Gayfield side’s winless streak to three matches and means that they could be overtaken if Albion Rovers win their game in hand.

However, there is no panic in the ranks and instead the Angus side took some heart from the way they were able to fight back from Ross Fisher’s first-half opener to level through Mark Whatley’s header.

Striker Bobby Linn summed up the mood when he said: “We think we’ve done superbly up until now and we’ve hit a wee sticky patch the last few weeks.

“Going back to the Montrose game we’ve not had a win in three but we’ve got belief and we’ve taken the positives as we came back.

“Clyde did really well. They’ve brought in a few boys who seem to be playing for Barry so it’s a tough place to come.

“We’ve got Albion to play at home and I feel that if we can stay up there beside them that we need to win that game.”

Arbroath might have gone ahead when Linn’s free-kick was headed just over by Ryan McGeever.

Fisher was more ruthless moments later when he met Scott Durie’s corner with an unstoppable header.

The Lichties took the setback on the chin and began to create a series of chances, with Simon Murray going close on two occasions.

But they could count themselves lucky not to be two behind when Stephen O’Donnell volleyed just wide.

Instead they were level when Whatley met substitute Kieran Stewart’s cross with a firm header.

A long-range effort from Adam Hunter that slipped just wide was as close as Arbroath came to claiming all three points but, despite taking just one, manager Allan Moore remained upbeat.

He said: “What has got us in the position we are in has been the form of our strikers and unfortunately we’re going through a sticky patch in that department.

“But we’ll stick together and I’m sure we’ll start hitting the net again.

“We were disappointed when we heard Albion scored in the last minute but Queen’s Park are also running us close.