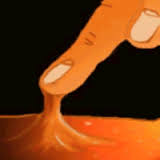 The Gayfield men slipped to third bottom of the league, having picked up just one point from their last three games, after winning five of the previous six.

Lumsden said: “It’s amazing how quickly football can change. A couple of weeks ago everyone was singing and dancing but now we’ve hit a little bit of a sticky patch. But it’s so tight in this league and there’s still lots of points to play for.”

The only goal of the game came in the fifth minute when Queen’s striker John Carter took advantage of some indecisive defending to race through and sweep the ball into the far corner beyond Allan Fleming.

Arbroath’s cause wasn’t helped when centre-back Craig Watson was carried off on a stretcher with a suspected knee cruciate ligament injury just after the half-hour mark. He was replaced by Andy Munro while Jordan Lowdon took over from Darren Ramsay at the same time.

Arbroath pressed for an equaliser after the break and Willie Muir had to be alert to block a Lowdon drive then got down well to save a Bobby Linn free-kick, but despite enjoying a lot of possession the home side couldn’t break through a resolute Spiders defence.

Midfielder Jamie Henry was dismissed for a second bookable offence near the end.

Lumsden, whose side host East Stirlingshire on Tuesday, said: “The early goal set the tone and it was a cheap one to lose. It was a simple ball down the channel and we need to defend it better.”