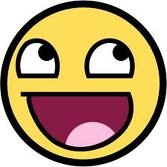 Happiness is… Arbroath? Town named as UK's most contented

THEIR seaside town is the cradle of Scottish independence, famed for producing the finest of seafood delicacies.

With the Declaration of Arbroath - and Smokies - to their credit, the Angus town's residents have long had good reason to feel pleased with themselves.

But now researchers have declared the people of Arbroath, nicknamed Red Lichties, the happiest people in Scotland - and joint top in the UK.

Academics at the London School of Economics (LSE), who are drawing a 'happy map' of Britain, claim the contentedness quotient in Arbroath is matched only by Bournemouth in Dorset, on England's south coast.

They have been monitoring the nation's emotions via mobile phone 'apps'.

About 800,000 responses have been received from people asked at various times to reveal their location and how they are feeling.

Preliminary findings indicate the happiest and most contented respondents to the 'Mappiness' project come from Arbroath and the English resort.

The proximity of the sea in both cases may not be coincidence, according to the researchers, who aim to identify the environmental and social factors which govern emotions.

George Mackerron, one of the 'Mappiness' project workers, said 80 per cent of respondents from Arbroath were happy at the time of contact.

He added: 'We asked about location, what they are doing and who they're with.

'It seems people in Arbroath, whether they live there or are working in or visiting the town, are the happiest.