Sheerin would jump at Saints chance 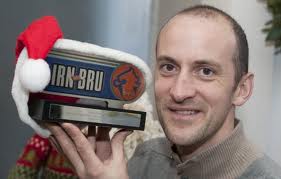 Saints are on the lookout for a new gaffer after Derek McInnes left to take over at Bristol City.

And Sheerin has been linked with the post after leading Arbroath to the Third Division title last season as player-manager.

The 37-year-old midfielder spent six years in Perth before joining the Red Lichties and was hailed as Saint of the Decade by fans at McDiarmid Park.

Now Sheerin has revealed he would be tempted if St Johnstone chairman Geoff Brown targeted him for the vacant post.

He said: "It's an obvious job for me to be linked with.

"I'm not going to lie - of course it would interest me.  "Saints are the club I've had the most affinity and success with during my care. "But here has been no contact with me or Arbroath so it's just pure speculation.

"Geoff tends to think outside of the box and I wouldn't try to guess which way he's going to go."