Sheerin -we can do much better - press postmortem 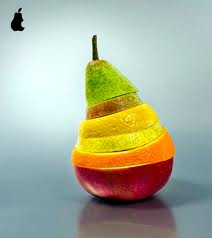 Press & Journal   Sheerin: we can do better than this:  manager happy with red lichties response

ARBROATH player-manager Paul Sheerin welcomed his side’s win at Gayfield but reckons the Red Lichties will have to play a lot better.  He said: “It was a win and one we badly needed, but we have a lot more to give. We got three points, which is the main thing.

“It was a good response following the previous weekend’s disappointing performance at Montrose. We had a chat and I’m pleased with the reaction.”

Sheerin, who relegated himself to the bench on Saturday, was also happy that his defence kept a clean sheet after conceding eight goals in the opening three games of the season.

Mark Durnan, signed on loan from Sheerin’s former club St Johnstone, made a major contribution to the new-found solidity of the reaguard.  Sheerin added “We’ve got him for a month. He did a good job. Our defence has been leaking goals and he helped tighten it up.”

Gavin Swankie shot the Lichties into the lead after 27th minutes with his first goal since returning to Gayfield from St Johnstone in the summer.  His goal came just a minute after the visitors had a strong penalty claim turned down when Josh Falkingham seemed to handle on the line.

The former Leeds United youngster shrugged that scare aside by setting up Swankie who raced through the centre of the Shire defence before calmly slotting low past the goalkeeper.

Jim Hamilton came close to extending Arbroath’s lead shortly after the interval, but his shot was blocked and David Damilta agonisingly hit the rebound against the post.

Darren Hill, making his 100th league appearance in the Arbroath goal, pulled off a couple of important saves before David McGowan secured the points with nine minutes to go following a blunder by Michael Andrews.

The vistiting goalkeeper’s attempted clearance was intercepted on the edge of the box by substitute Robbie Ross who set up McGowan for the easiest of chances.

Shire should have reduced the leeway a minute later when Jamie Stevenson was floored in the box by Stuart Malcolm, but Stephen McGuire fired the resultant spot kick high over the bar.

East Stirling assistant manager David Nicholls said: “We played some great stuff but just didn’t have the cutting edge to break through the Arbroath defence.”