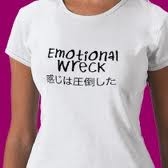 rom the Sunday Mail:  PAUL SHEERIN felt like an emotional wreck after seeing the title slip from his Arbroath side's grasp.

When Craig Wedderburn struck in the second half to put the hosts 2-1 ahead it looked - with rivals Annan, Albion Rovers and Stranraer slipping up - as if the home side were on track for a first championship in 133 years.

But with Albion fighting back to win and Jamie Longworth netting a late leveller for Queen's the champers is on ice at Arbroath for at least another week.

Player-boss Sheerin said: "It's a lot easier being out there on the pitch. I was up-to-date with the other results and knew we were in a position to win the league but you get put through the wringer in this game and it wasn't to be. I knew it was always going to be a big ask to win today but now we have to look to next week to try to do something.

"We have a derby against Montrose and the chance of us winning the league will hopefully bring more than a 1000 out." 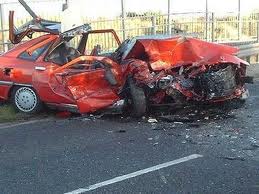 Arbroath almost got off to a dream start in 12 minutes as Lee Sibanda set up top-scorer Gavin Swankie to shoot into the sidenetting from 20 yards.

The Spiders came close to an opener as Daryl Meggatt powered a low strike wide from the edge of the penalty box.

Arbroath had keeper Darren Hill to thank when he made a terrific point-blank save from Jamie Longworth's close range effort. But Hill could do nothing to prevent Queen's taking a 26th-minute lead.

Sibanda gave the ball away in his own half and Craig Smith cut inside to drill low beyond Hill.

Smith had a chance to make it 2-0 when he latched on to a David Anderson through ball but Hill raced off his line to block.

Arbroath were level six minutes from the break when Keith Gibson rose to meet a Kieran McAnespie free-kick and headed home.

The Lichties took the lead after the restart when Wedderburn blasted in a Ross Chisholm corner from close range.

But Sheerin's men were undone as some awful defending allowed Longworth to stab into the net from 10 yards.

Spiders boss Gardner Speirs  whose side face Albion Rovers next week  said: "We have kept ourselves in with a chance of the play offs and if we can do Arbroath a favour by winning then I'll be quite happy."