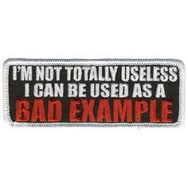 From the Courier:  Arbroath, without a win in their previous four games, saw the streak extended when they went down to a disappointing 3-1 defeat at Berwick on Saturday.

“We might have had a penalty in the first minute,” said Moore. “But it wasn’t awarded, and after that we just didn’t get started.

“The only good thing to come out of today was the fact that Albion Rovers and Queens Park both lost and we are still top of the table.

“But we have hit a sticky patch lately and we need to get ourselves out of it.

In the first half Arbroath struggled to apply pressure on the home defence.

It wasn’t until Bobby Linn pulled a snap shot wide from outside the box that they registered a meaningful effort on goal.

Berwick went close to opening the scoring after 40 minutes when a Willis header from a Kerr Young cross was tipped on to the post by McCallum and then cleared for a corner.

Willis also let fly with a shot saved by McCallum, but at half-time it remained 0-0.

At the start of the second half Arbroath replaced fullback Johnny Lindsay, who had been run ragged by Gray in the opening 45.

After 49 minutes the visitors had their first effort on goal, a header from Simon Murray, which was saved by Billy Bald.

Lavery ran through and tried to chip the ball over McCallum, but the keeper was able to get an outstretched glove to deny him.

Willis pulled a left-foot shot across the face of the visitors’ goal as Berwick continued to make most of the running.

McCallum again had to come to Arbroath’s rescue when he punched away a half volley from Lavery on the left side of the box.

The deadlock was broken when substitute Thomas Grant found the net with his first touch of the ball after 62 minutes, just seconds after being introduced as a substitute. A throw-in to Murray was flicked on and Grant shot low past Bald.

Lee Currie equalised for Rangers after 67 minutes, when a left-foot shot from outside the box took a deflection to find its way into the net.

In 73 minutes the home side deservedly took the lead when Willis found the net from close range after a move crafted by Cameron and Gray. It was his fifth goal in the last six games.

Berwick substitute David Gold then carved out a good opening on the left, but his shot was hit straight at McCallum in the centre of his goal.

Linn almost pulled a goal back for the visitors from a situation out of nothing, when his cross from the right caught the Berwick defence napping and it bounced back off the far post.

In injury time Bald made a good point-blank save to deny Arbroath a late equaliser.

Berwick broke upfield and substitute Russell added a third with virtually the last kick of the game, latching on to a through ball from Gold before rounding the keeper and finding the net.