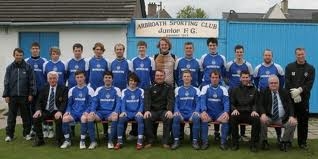 Sad to see a leading football force in the town go to the wall with the folding of Arbroath Sporting Club.   I've watched them occasionally since they played ta juvenile level (anyone remember that tier) beofre they graduated to the juniors

Seaton Park brought football and carsales to that side of town and there was some comings and goings in terms of players between the senior and junior sides. 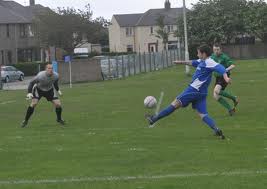 At a time when Arbroath FC won the championship, and Arbroath United are playing in the Scottish Premier Cricket League sad to see this institution fold

Form the Herald:  Meetings have been held between the two sides to try and find an alternative venue and Angus Council agreed the club could remain at Seaton Park for another two seasons.

But the increase in rent from £900 to £11,000 per year has proved the biggest stumbling block and now the ASC committee say they have no other option but to fold as they do not have the funds to continue.

And tomorrow when the side turns out to face Montrose Roselea at Seaton Park, it could be their last game ever despite the club celebrating its golden jubilee year.

ASC also hold car boot sales at Seaton Park on Sundays during the summer to boost club funds and vice-president Barrie Munro believes this is where the two sides could not agree.

He explained: “The council were wanting rent of £1,200 from the football ground and 55 per cent of what we make from the car boot sales.

“After we met with the council we had a committee meeting and we knew we couldn’t get that sort of money so we had to take the decision to fold.

“It was like chalk and cheese on where we were both coming from.

“It is sad because the club was run for people in Arbroath and the community and now it will be no more.”