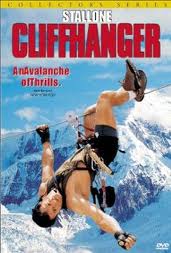 ST JOHNSTONE have resumed their search for a new manager after failing to agree personal terms with Sligo Rovers boss Paul Cook.

The Perth outfit, who are seeking a successor to Derek McInnes who joined Bristol City last week, were given permission to speak to the 44-year-old Liverpudlian yesterday.

However, a statement on the club's official website said it was unlikely Cook would be taking over at McDiarmid Park.

It read: "The current manager of Sligo Rovers has been in highly-publicised talks with St Johnstone about the vacant post but the two parties have been unable to reach agreement on personal terms and the club therefore moves on to other options."

Coach Alec Cleland and experienced player Jody Morris will continue in temporary charge of the team as the squad prepares for Saturday's home meeting with St Mirren.

Experienced out-of-work bosses including Jim Jefferies and Jimmy Calderwood have also been tipped for the post.