Recovering from a disappointing draw 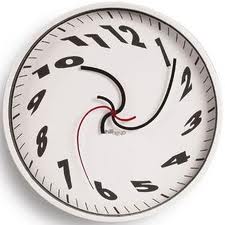 From the Sunday Mail: PAUL SHEERIN insists his Arbroath side will recover from their disappointing draw with Stenny and get to work at scaring Celtic for a second time.

The Red Lichties looked to be heading for three points when goals from Stewart Malcolm and Steven Doris cancelled out Darren Smith’s effort.

Stewart Kean’s late strike left him gutted but Sheerin is certain his Arbroath players will be up for the Scottish Cup replay with Celtic. He said: “We’re disappointed we allowed the win to slip out of our hands late on. But I don’t think it’s got anything to do with the Celtic game being a distraction.

“I’m also sure they will be ready on Wednesday. It won’t be easy because while Celtic had an early kick-off and will have a team of masseurs getting them rubbed down, our boys will be back on the building sites.

“Some of them will be working right up to kick off but they won’t need any motivation to face Celtic again.”

Stenny took the lead after four minutes. Bryan Hodge squared to the unmarked Smith, who stroked the ball into the net from six yards

Arbroath drew level on 11 minutes. Brian Kerr’s defence-splitting through ball sent Doris rampaging towards goal, and he lifted the ball beyond Callum Reidford.

Arbroath went ahead five minutes after the break as Alex Keddie flicked on for Malcolm to loop a header home. But deep into injury time the home side were left shattered as Kean pounced on a low Smith cross to net.

Stenny boss Martyn Corrigan said: “We should have won. We were the better side.”